Sustainability Certifications: Which Can You Trust?

Many of us will know the particular feeling of first-world guilt that descends when given the choice between the organic, cruelty-free, fair trade-certified product and the product we can actually afford. But do these little labels really ensure the kind capitalism that they promise?

What are the issues with sustainability certifications?

Sustainability certifications are often held up as a shining example of the self-regulated free market, with NGOs and businesses coming together to solve international environmental and social problems that governments can’t. The Forest Stewardship Council, for example, was created as a partnership between WWF and a group of forest products companies, with the mission not to halt logging in tropical forests (“an expected response”), but to instead “provide economic incentives to keep tropical forests standing.”

But sustainability certifications are criticised for exactly the same reason: they’re a market-based mechanism when the often extractive, exploitative market itself is the problem.

Buying local and less are probably the only really ethical ways to consume in the Western world: but we all need to pop to the supermarket occasionally, and, in that case, certifications are one of the only ethical shopping tools available to us.

So let’s take a look at some of the most widely used sustainability certifications, to see how well their claims stack up. 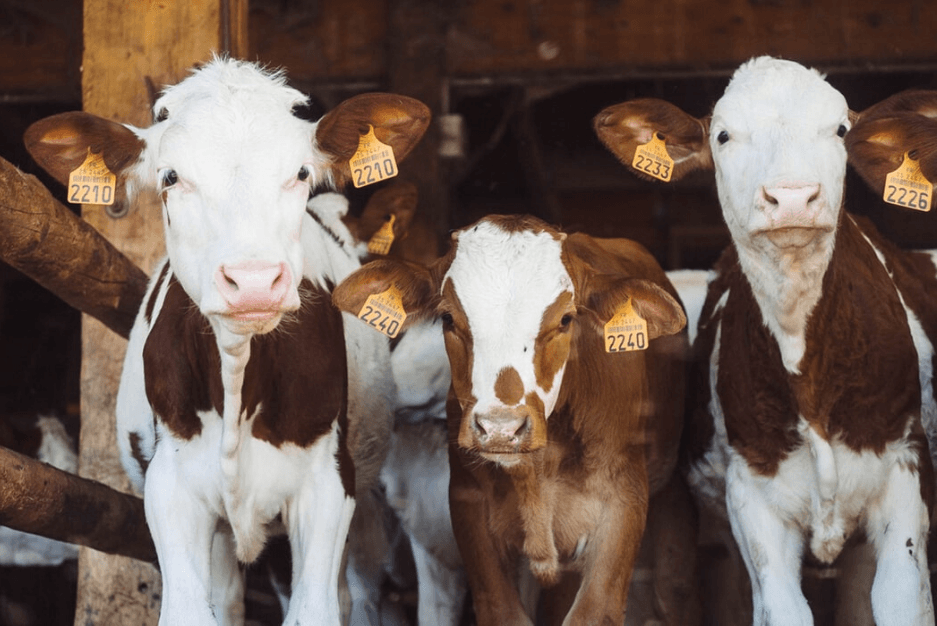 Cruelty Free is a non-profit focused on ending animal experimentation worldwide. Their certification process is thorough, requiring a supply chain monitoring system to be put in place by the company, checks for animal testing down to ingredient manufacturer level, and ongoing third-party verification.

PETA is often accused of ill thought through strategies, and its certification program is no exception. To get the PETA-Approved Vegan badge—widely displayed on the websites of supposedly animal friendly brands—companies just have to complete a short questionnaire and sign a statement promising their certified products really are vegan: they also have to pay an annual fee of $250. 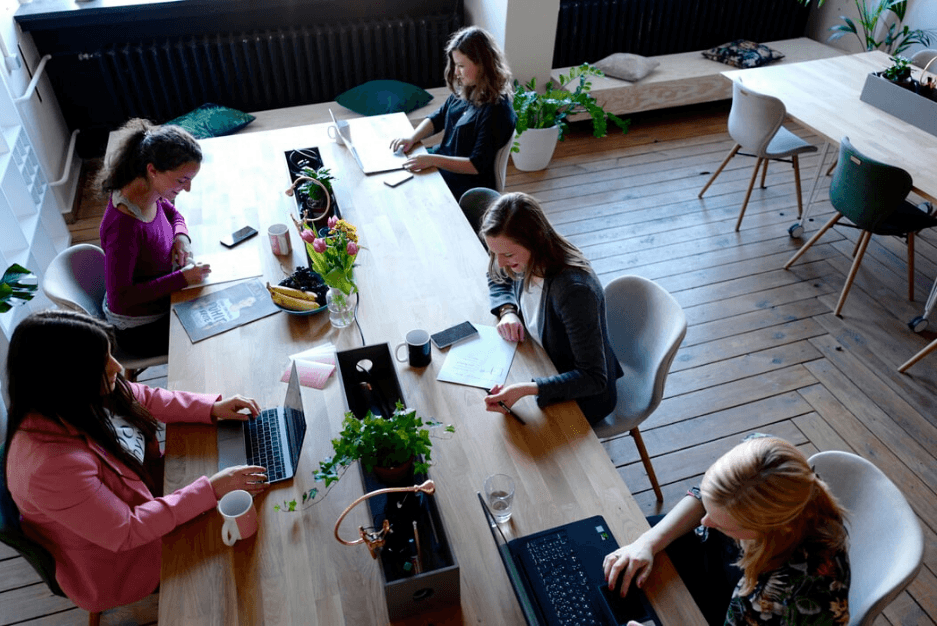 Certifying body | 1% for the Planet

This project, cofounded by Patagonia founder Yvon Chouinard, encourages businesses to give the equivalent of 1% of their gross sales to environmental projects.

It’s true that the model has directed hundreds of millions of dollars to projects around the world. However, like some carbon offsetting schemes, 1% for the Planet could be said to be selling indulgences, as they’re getting businesses to contribute to projects whose effects are hard to quantify while doing nothing to mitigate the environmental impact of the business itself.

The B Corp movement was founded on the principle that government and non-profits can’t solve problems like inequality, poverty and climate change alone: good business is needed too.

These good businesses, B Corps, are legally required to create benefits for all stakeholders, including local communities and the environment; not only their shareholders.

In their certification process, B Lab assesses a company’s entire social and environmental impact, from the materials it uses throughout the supply chain to the benefits it gives to its employees.

Critics say that B Corps are a superficial solution to a systemic problem: but, by rejecting the concept of shareholder primacy, B Corps are challenging the status quo of profit before people and planet, to some extent. 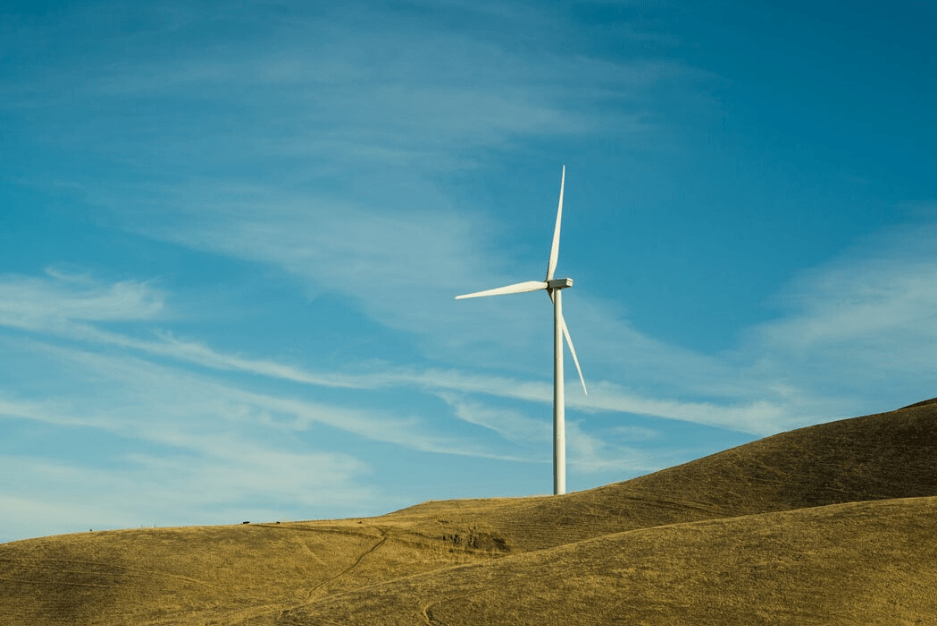 The Carbon Trust’s mission is to accelerate the move to a low-carbon economy by providing specialist support, advice, and certifications.

This shows that a product or company’s total emissions have been offset with a combination of in-house measures (like reducing energy use, increasing energy efficiency and switching to renewable energy) and carbon credits. Although the Carbon Trust recognise only the highest quality of carbon credits, the Gold Standard, it’s important to know that the effects of carbon offsetting are often difficult to quantify.

This recognises organisations that “take a best practise approach to measuring and managing environmental impacts;” however, “best practise” is defined as reducing emissions by just 0.1% year on year, hence the presence of multinational corporations like GlaxoSmithKline on their list.

As the name of the certifier suggests, this is another corporation-friendly scheme, with $1bn+ revenue companies like Sky included on their list.

They also attempt to get a company’s carbon footprint to net zero through in-house measures and carbon offsetting: but can a multinational really claim to be carbon neutral in the present by planting trees which may or may not survive to absorb CO2 in the future? 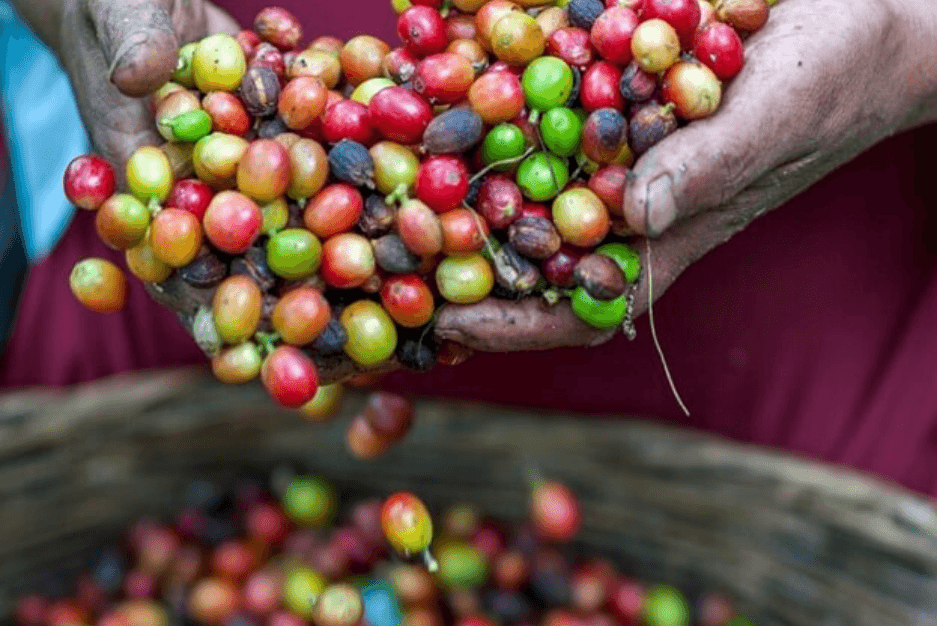 The foundation of fair trade is price. Companies have to pay farmers a minimum price, to protect them if the market price falls, and farming cooperatives have to use the profits to improve their communities: by building schools, for example. Social and environmental benefits are believed to flow naturally from the money.

But price is also fair trade’s problem: Fairtrade International can’t sell all the commodities it certifies at the minimum price. In 2016, 66% of Fairtrade coffee had to be sold on the regular market.

There’s also debate over whether Fairtrade has any broader impact: researchers at SOAS found that children worked on Fairtrade farms, and that wages and labour conditions were often worse than on larger, uncertified establishments.

SOAS called Fairtrade naive and idealistic, and this may well be true. But for all its faults, it’s certainly preferable to the alternative of corporations like Nestle and McDonalds defining their own fair trade standards in house: a shift which is already underway.

Unlike Fairtrade International’s certification system, the WFTO is a democratically-run community of social enterprises that practise fair trade. To join, members have to demonstrate that they put people and planet first in everything they do, through a thorough process including self-assessment, auditing, peer visits and public scrutiny.

The same fundamental criticisms of the concept of fair trade could be levelled at the WFTO, but, because they focus on assessment at the enterprise level, not the product level, it’s much more likely that their member organisations really do prioritise social responsibility and sustainable practices. 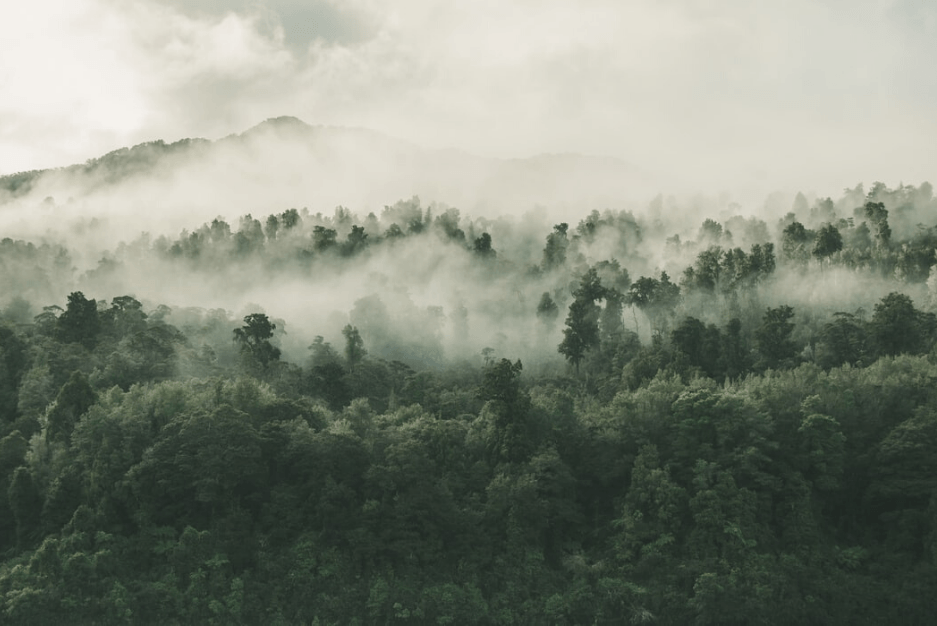 There are three FSC labels, which supposedly show a product has been responsibly sourced from a sustainably managed forest: “100%”, “MIX” and “Recycled.”

For a product to carry an FSC label, every company involved in its production, manufacturing, processing and trading has to have an FSC Chain of Custody Certification.

But the FSC has been heavily criticised: some studies show its sustainability standards have had little effect on halting tropical deforestation, and recent scandals in China, Peru and Romania suggest it’s even inadvertently greenwashed illegal logging operations.

A recent documentary from German-French network Arte—The Exploitation of Primary Forests: Can an Eco-Label Stop the Forest Industry?—explores issues with the programme all over the world (the FSC denies all of the documentary’s claims):

The Rainforest Alliance certification shows that a farm, forest or tourism enterprise has been audited and is environmentally, socially and economically sustainable.

Avoiding the issues of the fair trade model, the Rainforest Alliance don’t guarantee a minimum price to farmers. Instead, they focus on holistically improving farmers’ environmental management and sustainable development: obliging them to protect biodiversity, conserve resources and pay workers at least the minimum wage.

However, the Rainforest Alliance were a founding member of the FSC, and they continue to work closely with them on their forest certification programme. 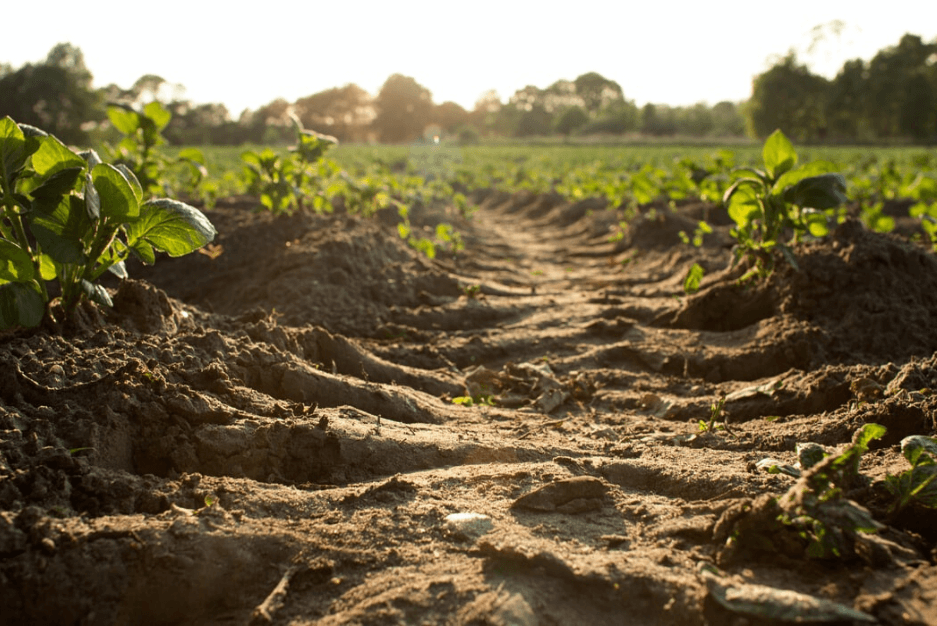 You should know: Organic isn’t necessarily better for the climate. Organic means farmed without man-made fertilisers, pesticides, additives and GMOs; a system of crop rotation, natural manures and biological pest control is used instead.

Some of these practises can certainly help in the fight against climate change: crop rotation, for example, promotes healthier soil, which releases less nitrous oxide. But because organic farms typically produce less produce per acre, they may need more land, water and workers to stay competitive: which may mean more greenhouse gas emissions overall.

But while the emissions picture is complex, organic farming can certainly help with the separate but related issue of the ongoing sixth mass extinction of wildlife. The synthetic herbicides and pesticides of industrial agriculture are devastating to biodiversity, especially pollinators and birds, and can escape into water systems where they even cause further damage.

So, on balance, we tend to favour organic food, clothing and other products, as they’ve been produced with sustainability in mind.

GOTS’ international standards use on-site auditing to make sure textiles are organic at every stage of the production life cycle, from the harvesting of raw materials to manufacturing and labelling; any chemicals applied to the textiles also have to meet strict environmental and toxicological criteria.

The Soil Association is a non-profit organization that advocates for organic farming by producing reports, lobbying the government against harmful farming practises, running farming innovation programmes and more.

Their certification shows that not only has the recipient met EU standards of environmental performance, but they also go further in improving animal welfare, protecting human health and safeguarding the environment. 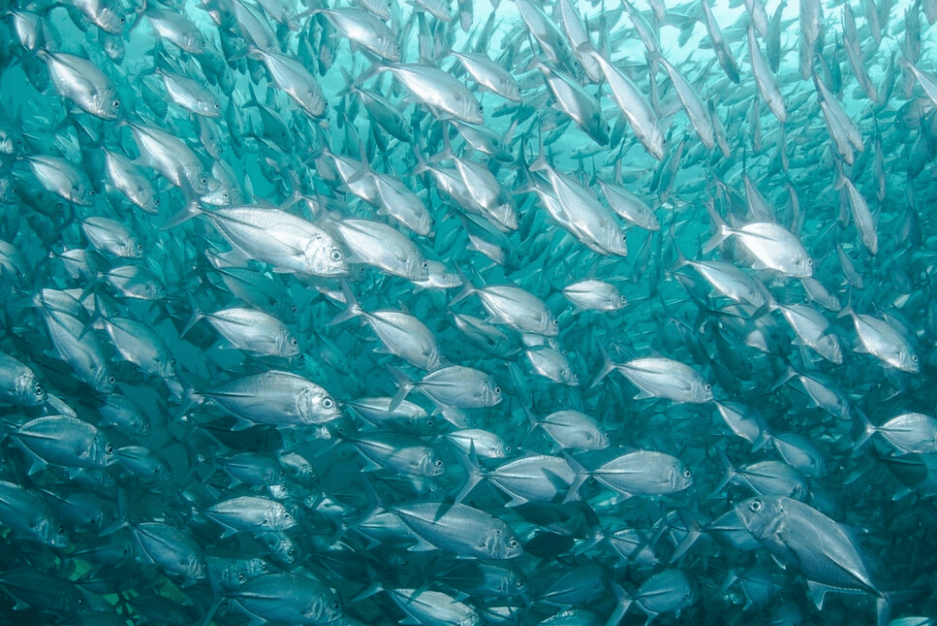 The MSC sets standards for sustainable fishing worldwide; seafood products can only carry the MSC label if they come from a fishery assessed by independent experts.

Like the FSC, the MSC was founded as a project between the third sector and business (WWF and Unilever); and, like the FSC, the MSC has been accused on multiple occasions of giving the green light to fisheries despite clear evidence that they don’t meet environmental standards, or are even harming the environment, as NPR reports:

All images via Unsplash