Insect Collapse: 8 Species Under Threat (And How You Can Help Them)

A recent study published in Biological Conservation suggests that over 40% of insect species are declining: and a third are endangered.

I dislike spiders and mosquitoes as much as the next person, but we need them much more than we think. In turn, they’re impacted by us much more than many of us probably realise.

The research points to agriculture, deforestation and urbanisation as some of the main factors influencing the insect population decline, with “agricultural intensification” being the main driver. Why? Using land for agriculture removes insects’ natural habitats, eliminates natural drainage systems, and perpetuates the use chemical fertilisers and pesticides that hurt overall biodiversity.

While larger, cuter mammals get more attention for being under threat of extinction, insects are just as (if not even more) important in our ecosystems, and provide a complex but essential web that helps sustain countless forms of life.

The term “insect collapse” refers to the dramatic impact the loss of insect species would have on our planet. And, according to a study in Biological Conservation, these changes are already underway in what many are calling the sixth mass extinction on our planet.

What does insect collapse mean?

It’s hard to grasp the extent of insects’ impact on our daily lives, but loss of these species would be catastrophic for our planet.

They’re the most diverse form of life on Earth, making up 75% of all species and outnumbering humans 200 million to one. While there are only 5,416 mammal species, there are about 1 million insect species we know exist – and experts believe there are millions more yet to be discovered by humans.

Insects not only pollinate many of the plants we eat, but they help decompose matter, control weeds, and provide food for other forms of life. Without insects, entire ecosystems would collapse. How would that affect us? Well, it would drastically alter our current food systems, for a start.

The findings of the research are shocking, and The Guardian has proclaimed that insects could “vanish within a century”.

However, others express skepticism that this simply isn’t possible because of insects’ sheer numbers and their diversity, which makes them more resilient to disasters that could wipe humans off the planet. In addition, much of the data from the study was drawn from North America and Europe, with limited data from insect populations around the rest of the world.

But experts such as Michelle Trautwein from the California Academy of Sciences say that while the data isn’t spotless, the warning is legitimate, and we should take this information as an opportunity to figure out how serious the threat of insect collapse really is.

The 9 species under most threat 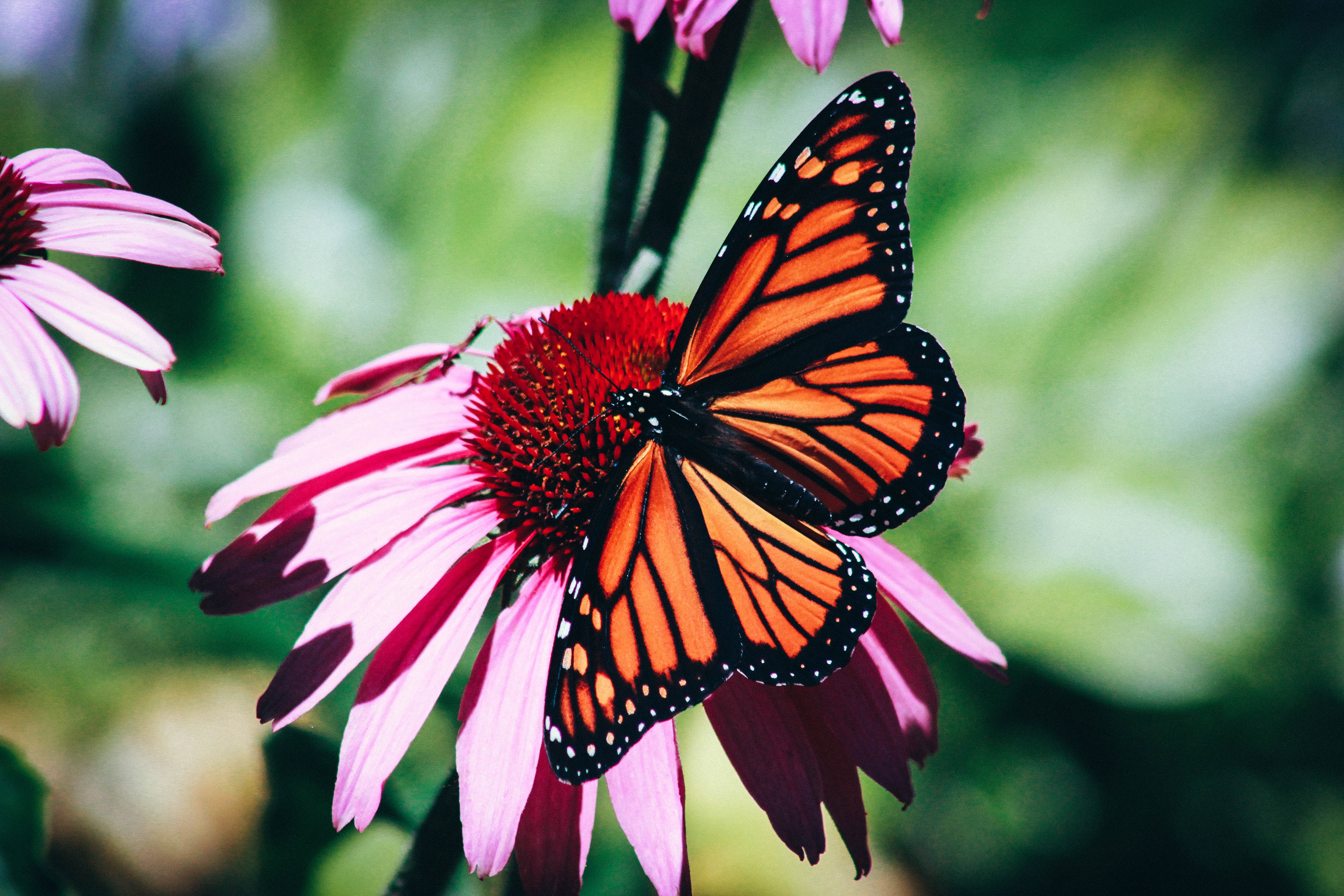 Butterflies, like many of the insects on this list, are indicators of environmental health. If we lost them, we may lose a key marker of the state of our environment.

Urbanisation seems to be playing a big role in their decline, as scientists found that butterfly species in cities and towns were declining at a much higher rate than their countryside counterparts (at 69% to 45%) – air pollution, loss of green spaces, paving of gardens, neglecting of parks and loss of brownfield sites were all cited factors.

The Monarch butterfly in the US is particularly under threat – scientists believe this could be due to the herbicide Roundup, which kills Milkweed – the Monarch caterpillar’s only food source.

What can you do to help the butterflies? 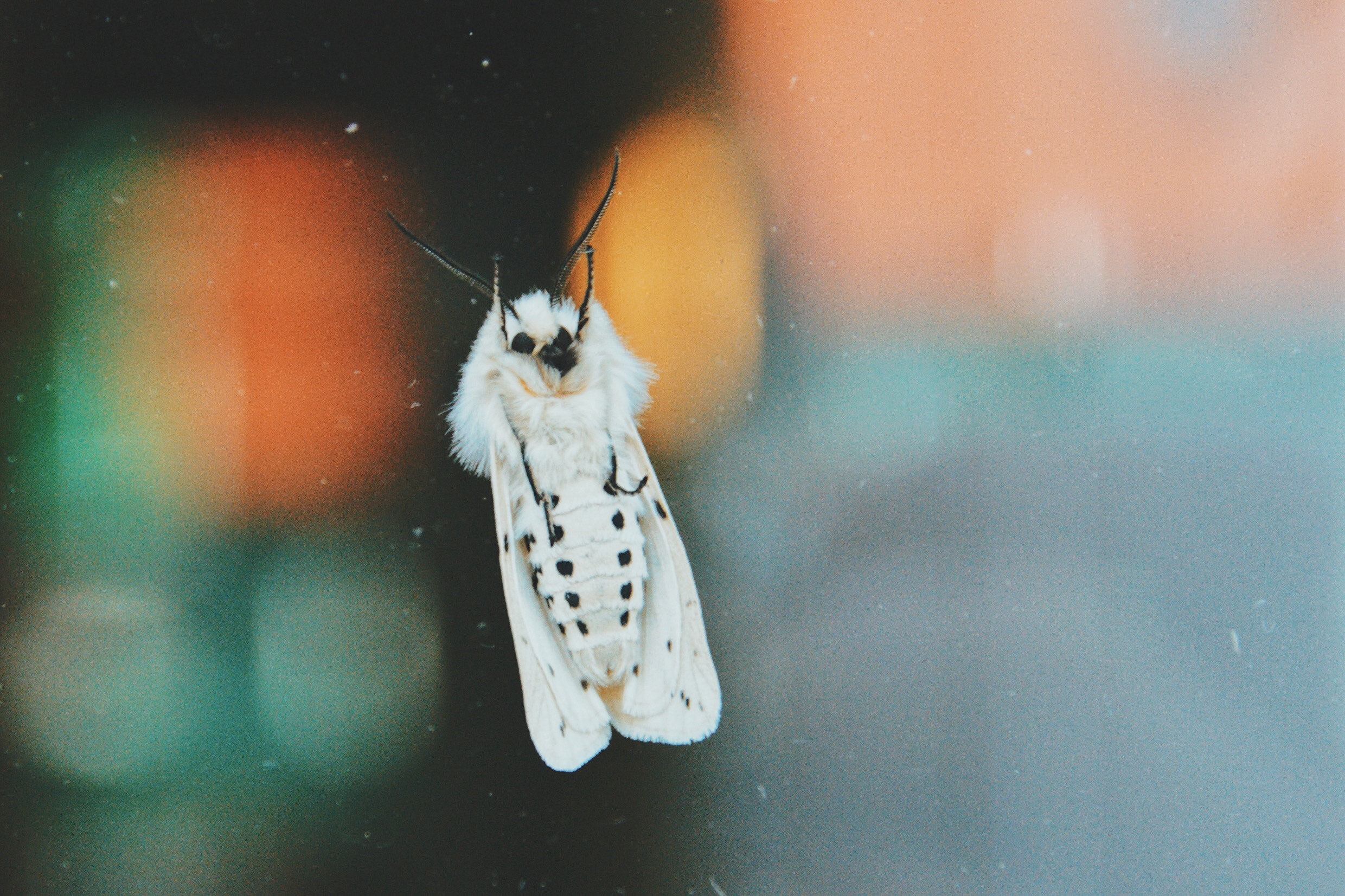 Moths are important because they provide food for other insects, spiders, frogs, toads, lizards, shrews, hedgehogs, bats and birds – especially baby birds. Britain’s Blue Tit chicks are estimated to eat 35 billion of them a year.

If we lost moths, we’d lose pollinators for important plants and, like butterflies, essential clues to the state of our own environment. Moths also seem to be in danger from urbanisation and pesticides – they’re also particularly affected by artificial lighting, which can alter their reproductive and pollinating behavior. Climate change seems to be a more cited factor for the decline of moths than of butterflies

Some numbers show that the moth population has declined by nearly 50% in Scotland. In England, two-thirds of 340 moth species declined from 1968-2003.

What can you do to help the moths? 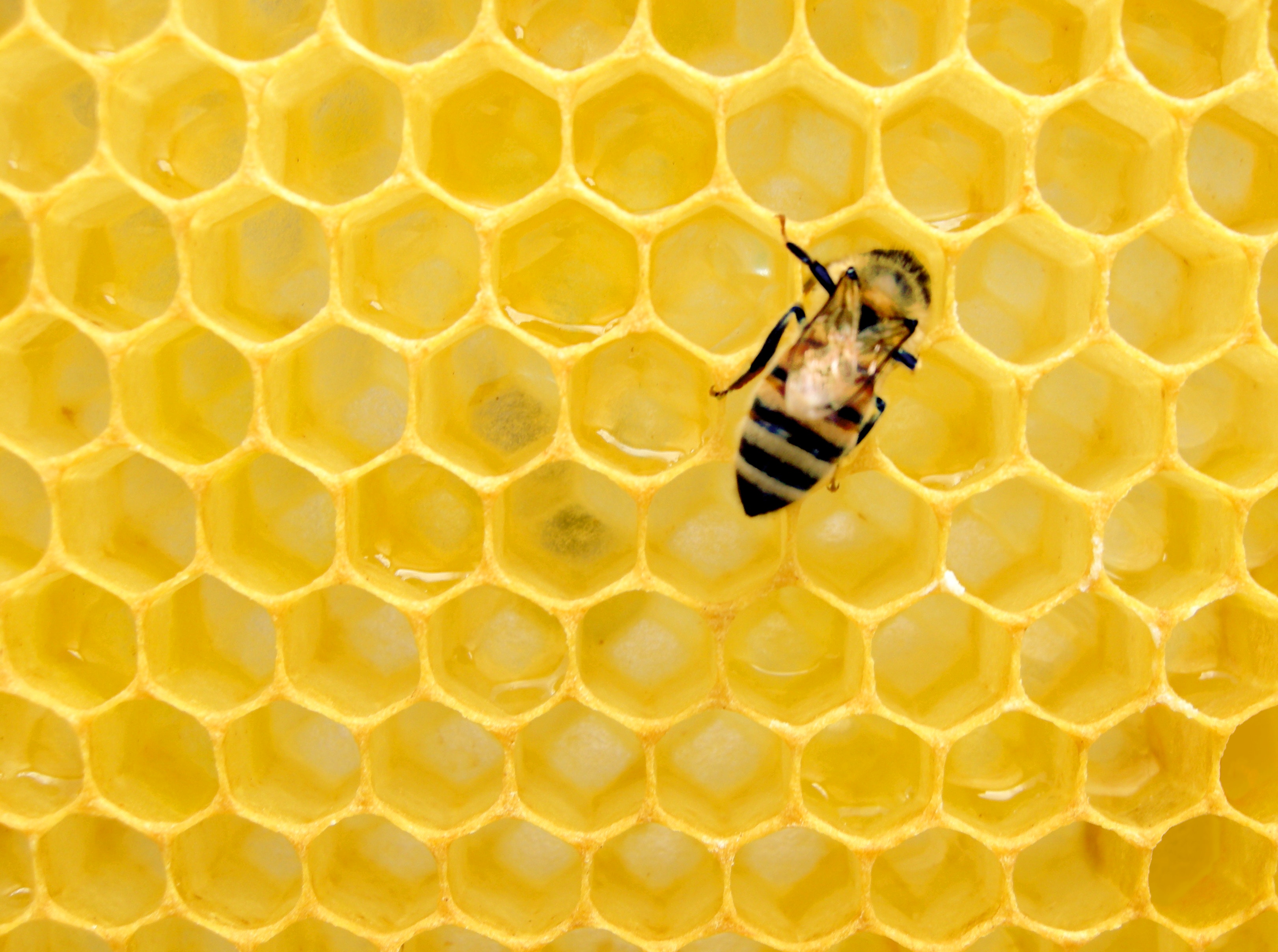 Of all the species on this list, you’ve probably heard most about the worrying decline of bees.

Bees pollinate an estimated one-third of the food we consume; without bees, many plants would die, triggering further extinctions of dependent organisms. For us, it wouldn’t mean all-out famine; but it would radically alter existing food systems, with many fruits and vegetables unable to be grown at large scale (for example, blueberries and cherries rely on honeybees for 90% of their pollination).

Bees are disappearing as a result of colony collapse disorder – in which the majority of worker bees spontaneously abandon a hive, leaving behind their queen. Its cause is mysterious, but is suspected to be due to pesticide poisoning and habitat change.

One-third of the United Kingdom’s bee population has disappeared just in the last 10 years, and 24% of Europe’s bumblebees are under threat of extinction.

What can you do to help the bees?

For more detailed information, check out: 8 Simple Things You Can Do To Help The Bees 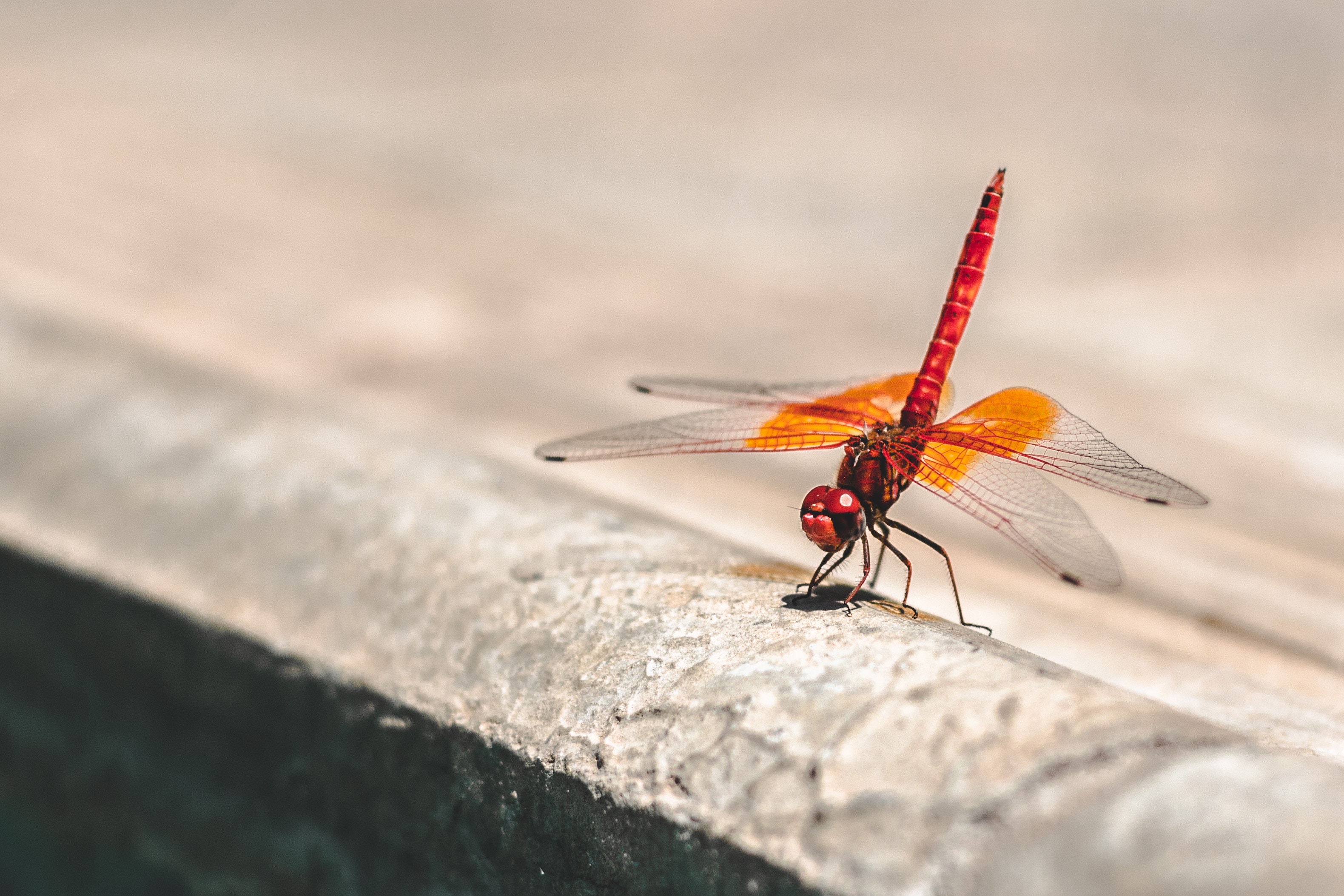 According to the research, 15% of all dragonfly species may be threatened. Dragonflies eat mosquitoes, and can be top predators in fishless wetlands. In turn, they provide food for fish and other amphibians, birds, bats, and spiders.

How can you help the dragonflies?

Leafhoppers are part of a larger class of insects called Cicadellidae, and look amazingly similar to leaves. Leafhoppers feed on a wide variety of plants; because they’re one of the most common and abundant herbivorous insects, they’re an important food source for birds and lizards.

One study shows that the number of leafhoppers in Germany plunged by 66% in the 50 years up to 2010. Social acidification due to heavy fertiliser use is suspected to be the main factor in their declining numbers.

How can you help the leafhoppers? 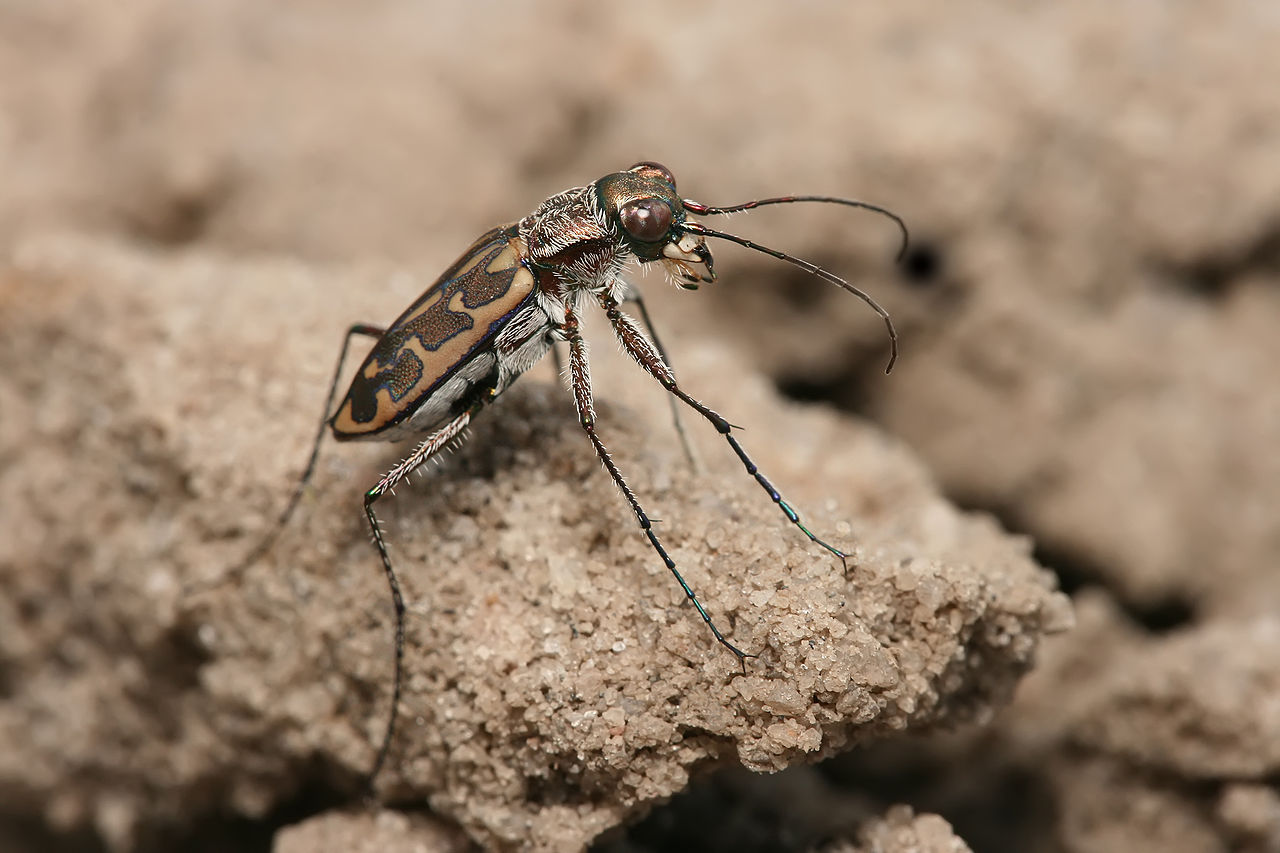 I don’t like beetles for a bunch of reasons (for starters, they’re just too freaking fast. Some can run 9 km/hour, making them one of the fastest land animals on earth in relation to their size). But ground beetles are far more important than my dislike for them!

They eat other bugs, including maggots, and will also eat the seeds of weeds, which helps to regulate weed population. Without ground beetles, we’d have more pests and weeds (which some people would then, in turn, attempt to kill with even more harmful chemicals). But in the UK alone, huge declines in ground beetles have been seen in three quarters of the 68 carabid species studied from 1994-2008.

How can you help the ground beetles?

Caddisflies resemble moths, and live near freshwater like lakes and rivers. They play an important role in aquatic ecosystems – fish and birds eat them, and their larvae even help control algae populations.

Caddisflies are very sensitive to water pollution, especially from human origin, according to the research. The removal of trees also threatens this species. 68% of caddisfly species are now considered to be threatened.

What can you do to help the caddisflies? 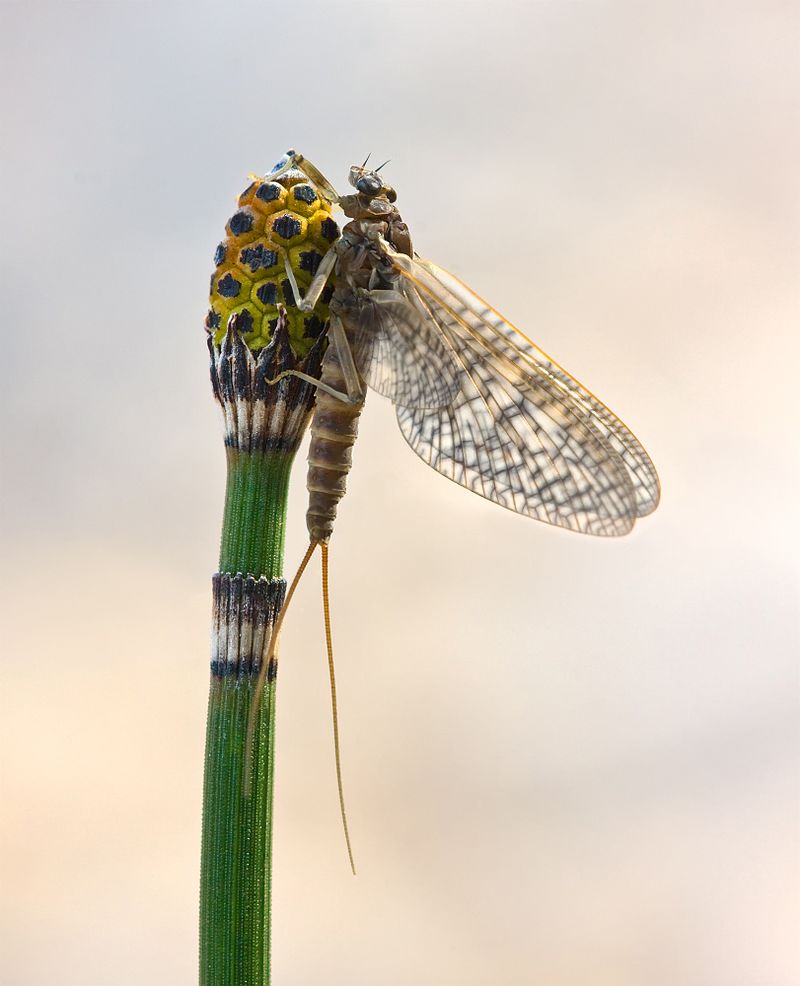 Mayflies are one of the oldest-known winged insects in existence. They hatch in fresh water and only live for about 24 hours.

Mayflies are active in the warmer months and are found in almost all types of water. What’s the point of saving them if they only live for a day, you ask? Well, during their brief time on earth, they provide food for dragonflies and other insects and mammals, including flying squirrels and fish.

Acidification of water, through industrial chemicals for example, is killing mayflies. 37% of mayfly species are considered to be under threat.

What can you do to help the mayflies? See the above section on caddisflies.

Another tip: mayflies are known to swarm, but don’t be alarmed by them – they’re completely harmless!

Are we facing a world without bugs?

While some of us may see insects as pests, the opposite is true – they form the foundation on which our modern lives are built. From pollinating our food to eating the other pests that do cause harm, we’d all be a little worse off without bugs.