Are There Really Animal Products in Your Energy Supply?

I care deeply about sustainability and animal welfare – to me, it seems the two topics are inextricably linked. So it hit me hard when I saw an Ecotricity billboard last year that read: ‘Make sure your energy supply is animal free’, accompanied by an image of minced meat oozing from an electrical socket. 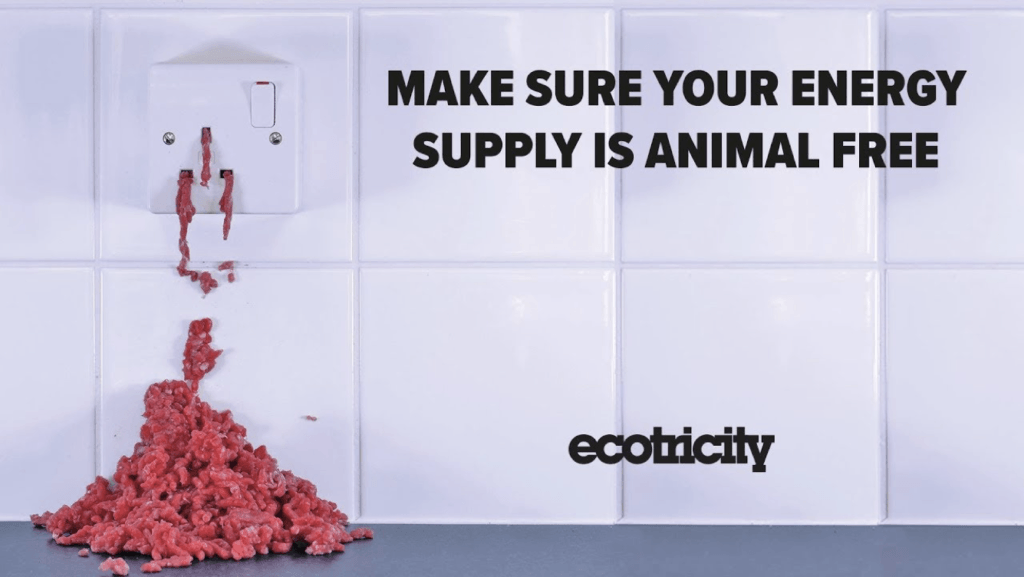 I’m a psychologist and researcher in the field of information visualisation, and it’s well known that shock and fear are strong triggers of persuasion. Ecotricity picked a powerful image for their campaign – the minced meat suggests a horror that’s likely to cause upset beyond the ranks of strict vegans.

In fact, it hadn’t occurred to me before that energy could not be animal free. I had to find out – was this image a fair representation of the reality?

Which animal products are used in our energy supply?

According to the information on Ecotricity’s site, SSE actually use dead fish to generate energy (which horrified me); whereas other providers’ non-vegan fuel mixes contain ‘poultry litter’, ‘slurry’, ‘manure’, ‘animal processing (waste)’, and ‘sludge’. 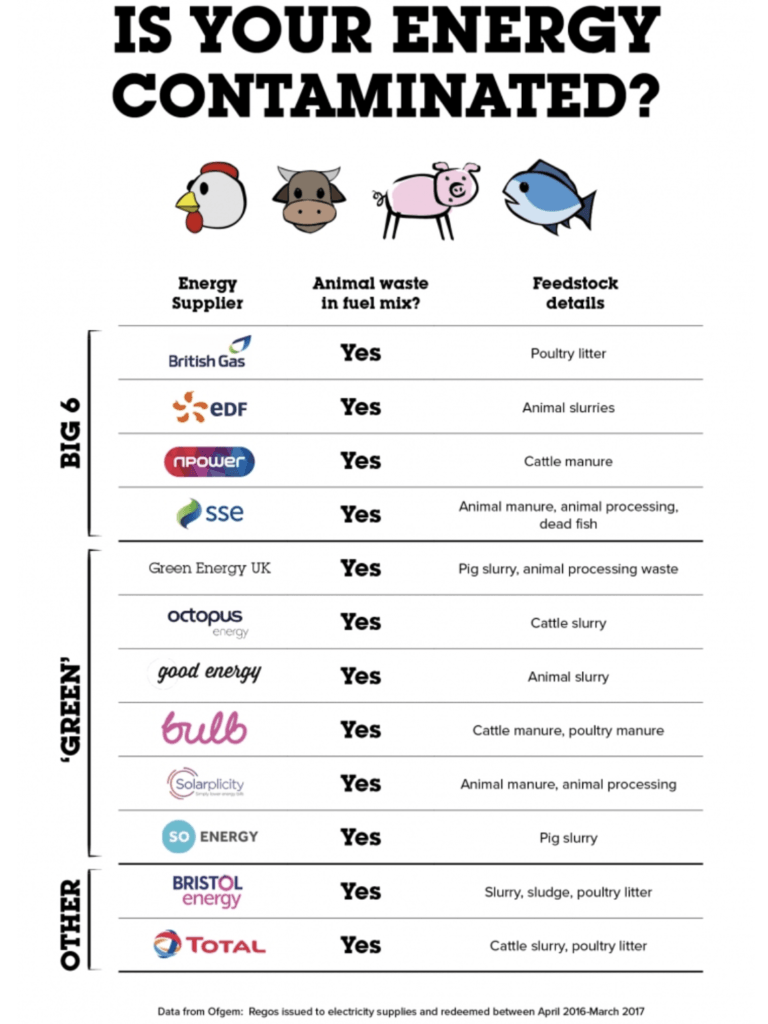 “Manure” is, er, a fairly straightforward concept, but what about the other terms?

So is it fair to say there are animals in our energy supply? 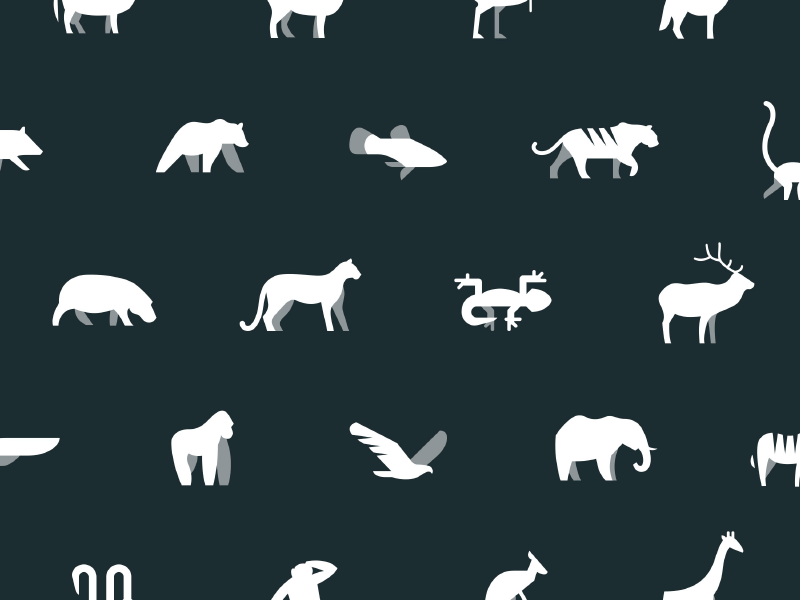 I hadn’t considered animal poop as a vegan issue before, but it is, indeed, an animal by-product – and one of the tenets of veganism is that anything we take from the meat industry only serves to perpetuate the industry. Like using the by-product of skin to make leather.

But there’s a sustainability angle we need to consider. Animal manure is used to fertilise fields – where it sets free greenhouse gases. But when the manure is collected and heated, and the released methane burnt to generate energy, the research (see here and here) suggests that this process releases fewer emissions into the atmosphere than spreading poop all over the place.

So thanks to Ecotricity’s campaign, I learned that energy supplies can contain animal parts (which is important to know for vegans and vegetarians) and animal excretions (which vegans may have to decide individually if they’re comfortable with). But I still can’t help but find the campaign unnerving.

So is the image of minced meat really a fair representation? I wouldn’t say so. In fact, I’d call it misleading, and I’m disappointed that Ecotricity has tried to shame other green energy providers in this way.

I still wish the company well, and I understand that they have to compete, but I’d like to see ethical companies playing fair – and remembering that the most important thing they can do in the 11.5 years we have to left to limit climate catastrophe is to work towards all green energy providers securing a bigger market share.